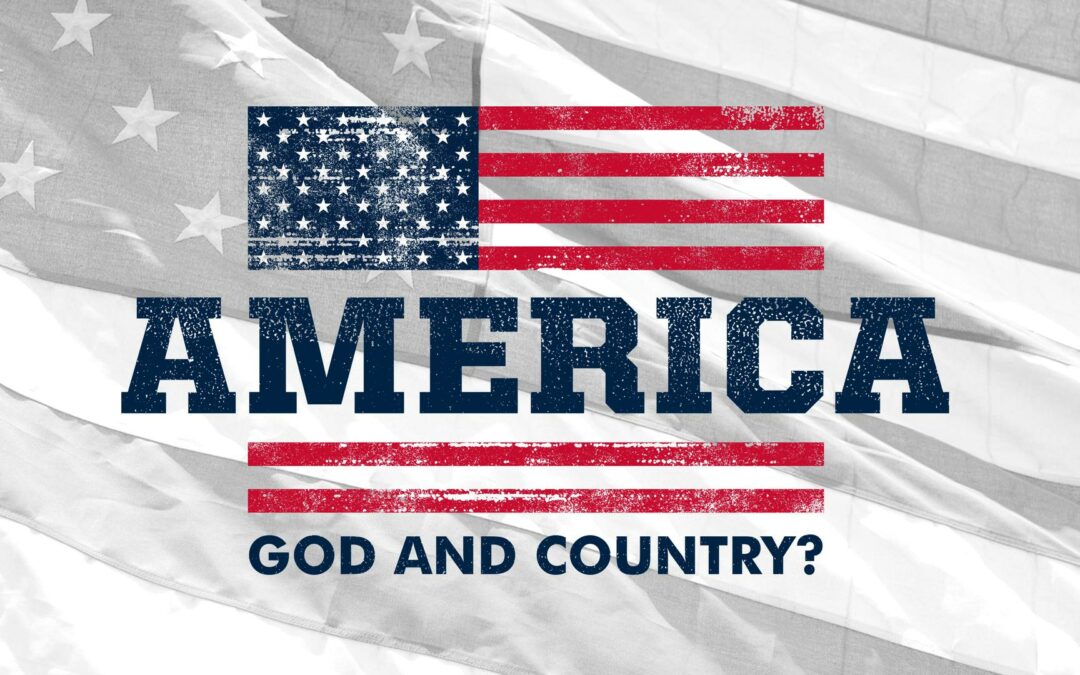 The phrase “God and Country” is something I have heard many times in my life. For years, I never really gave a thought to what these words actually mean. We all know individuals who are very patriotic. Most of us have family or friends who have served our country in the military and have fought for the very freedoms that we have been afforded.

I consider myself to be patriotic and I love this country. I’m grateful to have grown up in “the land of the free and home of the brave.” However, I have seen a great deal of change in this country in the last several years. When I was a young child, I went to church every Sunday and my parents would never have considered missing a service. In fact, we were there every time the doors were open. For many Americans, attending church is not the priority that it was ten, fifteen or twenty years ago.

I believe that God has been put on the back burner in our country. The Lord is either not a priority or not important at all. Americans seem to have forgotten the great blessings God has bestowed on this country.

We are now on the brink of destruction. While as a pastor I will never preach Democrat or Republican from the pulpit, I will take a stand for right and wrong. Look around you. There is so much that is wrong. Our nation has “legally” aborted 61 million babies since Roe v. Wade. Riots and looting have become acceptable methods of communicating grievances.  And all the while, traditional, Biblical, Christian views are being labeled as “hate speech.”

I believe that God has had His hand on this country, but we truly stand at the precipice of losing His blessings due to sheer disobedience.

“Blessed is the Nation whose God is the Lord, the people He has chosen as His own inheritance.” Psalm 33:12

We are at the most fragile point of our country’s history. Evil people are attempting to destroy the very Republic for which our forefathers laid the foundation.

“Woe to those who call evil good and good evil, who put darkness for light and light for darkness, who put bitter for sweet and sweet for bitter!” Isaiah 5:20

Can it really be argued that our country now calls evil good and good evil? Christians must take a stand for the truth that is found in the Lord.

“If my people who are called by name will humble themselves and pray and seek my face and turn from their wicked ways: then I will hear from heaven, and I will forgive their sin, and I will heal their land.” 2 Chronicles 7:14.

America its not too late! We have a next generation that we cannot allow to fall into the hands of Satan. Stand up and have a voice, a voice of truth that is in the Lord! Pray to the Good Lord that He will hear our cries of repentance and heal our Land!