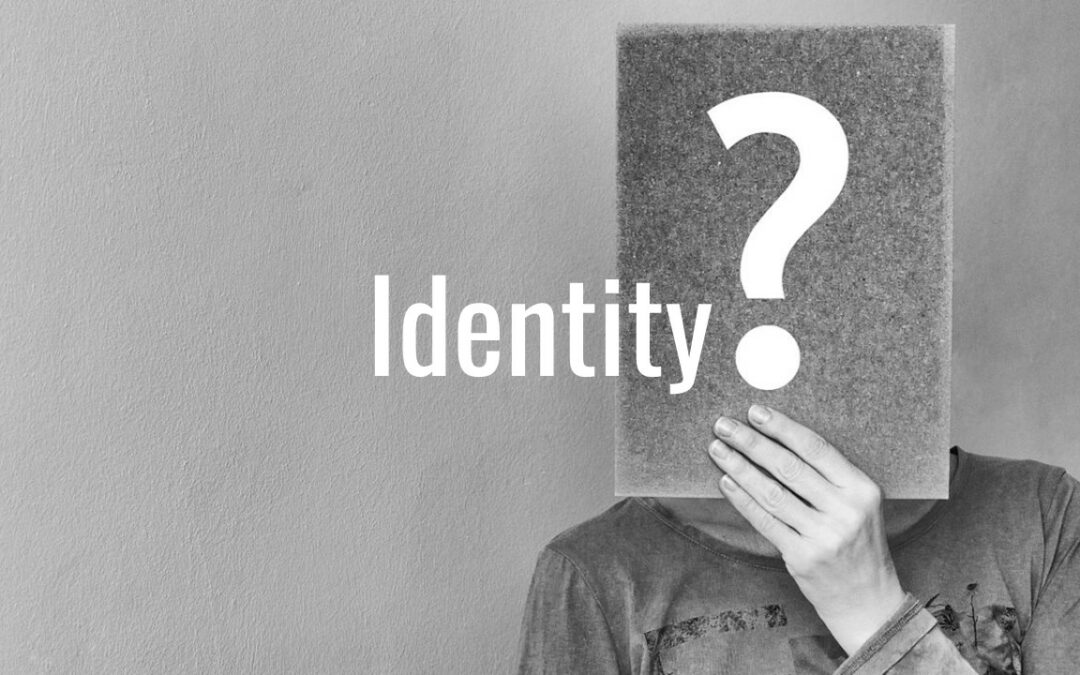 Then Jesus and his disciples went to the villages of Caesarea Philippi. On the way he asked his disciples, “Who do people say that I am?” They said, “John the Baptist, others say Elijah, and still others, one of the prophets.” He asked them, “But who do you say that I am?” Peter answered him, “You are the Christ.” – Mark 8:27-29

This week I did some traveling with work, to a conference where I had the opportunity to listen to quite a few different speakers. Some are considered experts in the industry I work in. Like many of these events, the first thing either the speaker or someone else on their behalf did was go through their biography. Their full name, rank, hometown, education, training, experience, offices held, feats of strength, participation in well-known events, and so on. They identified themselves in the context of the conference and audience.

This had me thinking, what is my identity, well in that context I’m Lieutenant of investigations, Cameron Pressley, of Denver, North Carolina, a political science graduate of Appalachian State, the Reid school of interview and interrogation, certified through thousands of hours of training in responding to emergencies from active shooters to hurricanes. Experienced and successful in gaining full confessions for mundane to horrible crimes, Graduate of many pieces of training through the state and the federal government, certified to teach you everything from how to fix a bullet wound to how to create a big one, how to clear a room of the enemy and how to defend a structure or vehicle from the same. and many nasty things in between. Many letters follow my last name in emails bs, CHPA, PIA, ARTC, and so on in work emails. In the context of that conference, that’s my identity…. but all of that is dung, it’s worthless.

To those who knew me before Jesus straightened me up, I’m Cam, a country boy from North Carolina, Denver of the east, where men are men and pansies are flowers, and the women are slightly above average. Lover of big jacked-up trucks with annoyingly loud engines. Survivor of many bar fights, drinker of many cold beers, killer of many deer, and most regrettably the notcher of many headboards.

Those of you that know me now. I may be, a church member, a student of the word, husband of Kristie, I might be that guy that sings on Sundays and rambles on while you patiently wait to eat mini matza and sip of Welch’s grape juice. Whichever I am Identified as by man, it does not matter.

The question you and I must ask ourselves is who we in God’s eyes are. Who does he say we are? The question is valid.

Paul was the apostle to the Gentiles, that’s you and me, and as much as I want to be Christ-like, most times I identify much more with Paul, Christ was the only man to walk this world without Sin. You see Paul was a pretty wretched person before Jesus straightened him out. He had all the qualifications, all the street cred.

Paul wrote Philippians 3 from prison, jailed because of his witness of Christ.

For we are the circumcision, who worship by the Spirit of God and glory in Christ Jesus and put no confidence in the flesh— though I myself have reason for confidence in the flesh also. If anyone else thinks he has reason for confidence in the flesh, I have more: circumcised on the eighth day, of the people of Israel, of the tribe of Benjamin, a Hebrew of Hebrews; as to the law, a Pharisee; as to zeal, a persecutor of the church; as to righteousness under the law, blameless. But whatever gain I had, I counted as loss for the sake of Christ. Indeed, I count everything as loss because of the surpassing worth of knowing Christ Jesus my Lord. For his sake I have suffered the loss of all things and count them as rubbish, in order that I may gain Christ and be found in him, not having a righteousness of my own that comes from the law, but that which comes through faith in Christ, the righteousness from God that depends on faith— that I may know him and the power of his resurrection, and may share his sufferings, becoming like him in his death, that by any means possible I may attain the resurrection from the dead. – Philippians 3:3-11

Paul stood by while Stephen was stoned to death and was in full approval. He was a man on a mission to destroy and persecute the followers of Christ. But Jesus got ahold of him and straightened him out. When he knew the truth and accepted Christ’s Identity. God did not just change his name from Saul to Paul.

For we know that our old self was crucified with him so that the body ruled by sin might be done away with, that we should no longer be slaves to sin. – Romans 6:6

Therefore, if anyone is in Christ, he is a new creation; old things have passed away; behold, all things have become new. – 2nd Corinthians 5:17

Roby is not a hard-working retired truck driver or a veteran of foreign wars. He is white as snow and clean, blameless, cleansed by the blood of Christ, his name is written in the book of life.

Ray is not a mechanic, an antique furniture nut, he is called by his father, the King to serve, and Shepard over what God created, his fate is sealed to spend eternity with God.

There are people in this church including me, that could be called criminals, that have broken the laws of God and of man, but we are with the Lord and a new creation because of what Christ did on the cross

1st Peter says – we are a chosen race, a royal priesthood, a people for his own possession, that we may proclaim the excellencies of him who called you out of darkness into his marvelous light.

You who have believed and accepted the sacrifice of God’s only begotten son, are no longer slaves to sin, but children of righteousness, you may be despised and rejected in this world, but in eternity you will live in the land of milk and honey.

All these things and more are attributes of children of God. Attributes that we can apply to ourselves because God sent his son, in flesh, and shed his blood to make all these things possible.