The Law Vs. Grace 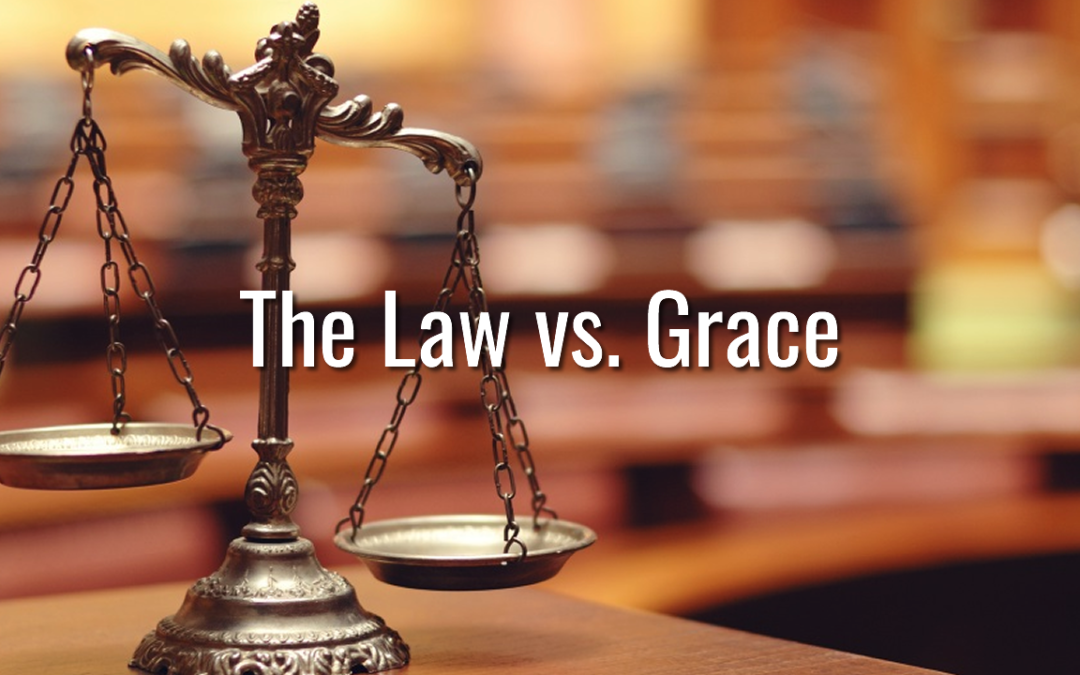 3 Elements Essential to the Gospel:

The Three Tenses of Salvation “I have been saved; I am being saved; and I will be saved.”

Paul made it plain that the Gospel was not an addendum to the law but the end of the law and the law’s fulfillment in Jesus Christ. The Gospel of Grace (Acts 20:24) is the antithesis of the law.   “…everyone that believes is freed from everything which you could not be freed by the law of Moses.” For Paul the choice is grace or law, faith or works, Moses or Christ. Grace excludes works.

Grace is God’s answer to man’s pride. Good works do not make a good man; a good man does good works = true liberty. “Legalism always seems to take the heart out of Christianity and replaces it with a heart of stone.  The heart of Christianity is God’s free grace in Jesus Christ.  Let the law do its honorable work of showing a man his sin, but it can’t save a man from sin.” (Chuck Missler)

The Law condemns and causes fear and bondage.  Grace forgives and brings love and freedom.

“The gospels are like a tapestry woven together with two incredible points: the immeasurable value of each person and the unimaginable depth of God’s grace.” (Max Lucado)

(This is a summary of a Sunday School lesson by Charlene Moretz.)